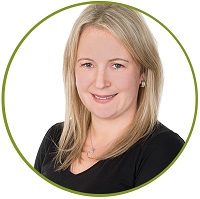 Sarah has worked for Guinness since 2009. She started as a Leasehold Officer in the sales and marketing team and later moved departments to become a Housing Officer.

In 2016 she reunited with the sales and marketing team in her role as Sales Consultant.

Sarah previously worked for Cheltenham & Gloucester plc where she enjoyed working in housing finance. Sarah loves netball and plays as part of a team.